When it Rains it Pours

It's been a tough week! Thankfully, the water heater has been replaced and all is well on that front. But more bad news! On Thursday night, my computer died. It went into the shop over the weekend and had the harddrive reformatted. So I've lost pretty much everything I had on my computer, fortunately some files were saved and among those are all our family photos. They are really the only thing I was worried about, everything else is annoying but replaceable. But my computer is so old that it is on its last legs and I can't get my printer, scanner, camera to work anymore. I tried to load in the scanner last night and the computer went crazy again and wouldn't boot. Just had the computer guy here again, he fixed it but said not to load in anything new, the computer just can't handle it. It is working on borrowed time. So no pictures here for a while, I'm gonna see if I can work something out with my son and get some photos once a week or something. I'll probably be blogging sporadically now until we can get a new computer.

Anonymous said…
Hi Nicola,
Couldn't wait to check your blog and see what your working on. So sorry your putter died mine did that two days after a taxi ran a red light and totaled my car. Know how you feel. Hope the rest of the week is better.
Rosalie
5:05 PM

Anonymous said…
Oh, I'm sorry to hear that! I will miss seeing your works in progress. Hope it all works out SOON! sure you do too and the family photos saved is great, that's the most important. It's so annoying when the computer goes kapoot. I spent a week or more fixing my kids one...talk soon, Lia
p.s. did you get your package yet?
7:51 AM 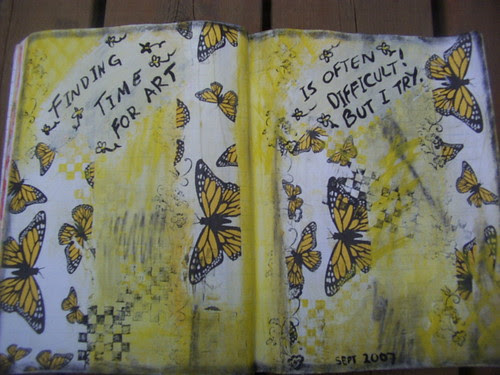